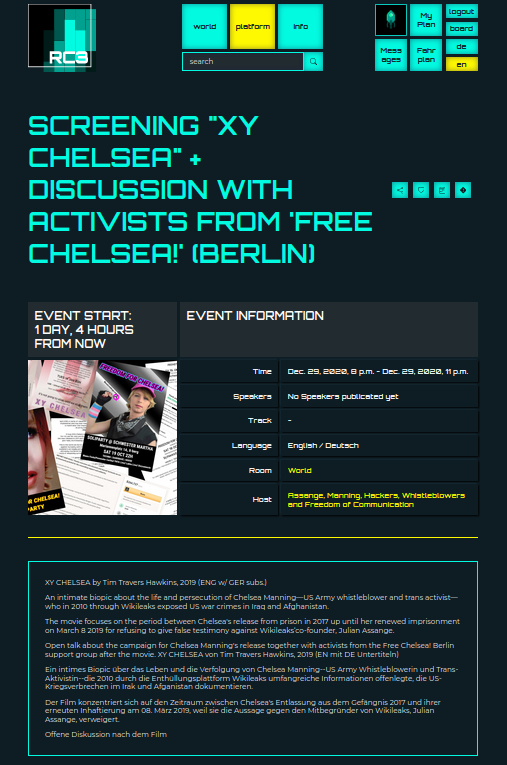 Queers evicted with use of a large-scale police action from the Berlin public park Hasenheide coupled with riot cops swarming the area’s cruising spaces with flashlights on the evening of Pride2020, Saturday 27June

Meanwhile, on the sidewalk outside local bars, cafés and restaurants guests were allowed to sit next to each other without any hassle, which could suggest a motivational factor of harassment over ‘for our safety’ – not to mention that this was happening regularly in the summers prior to the Covid19 pandemic. 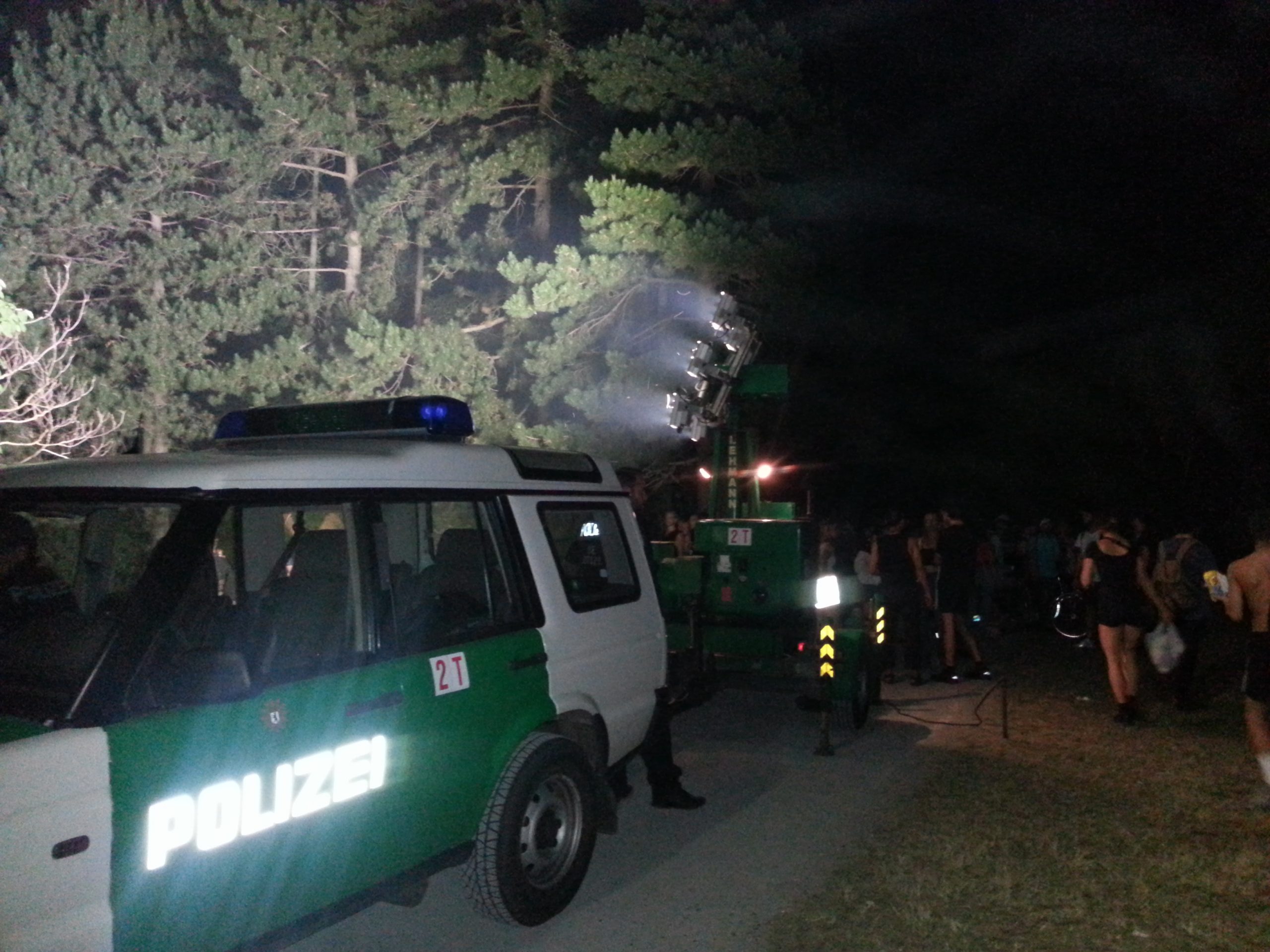 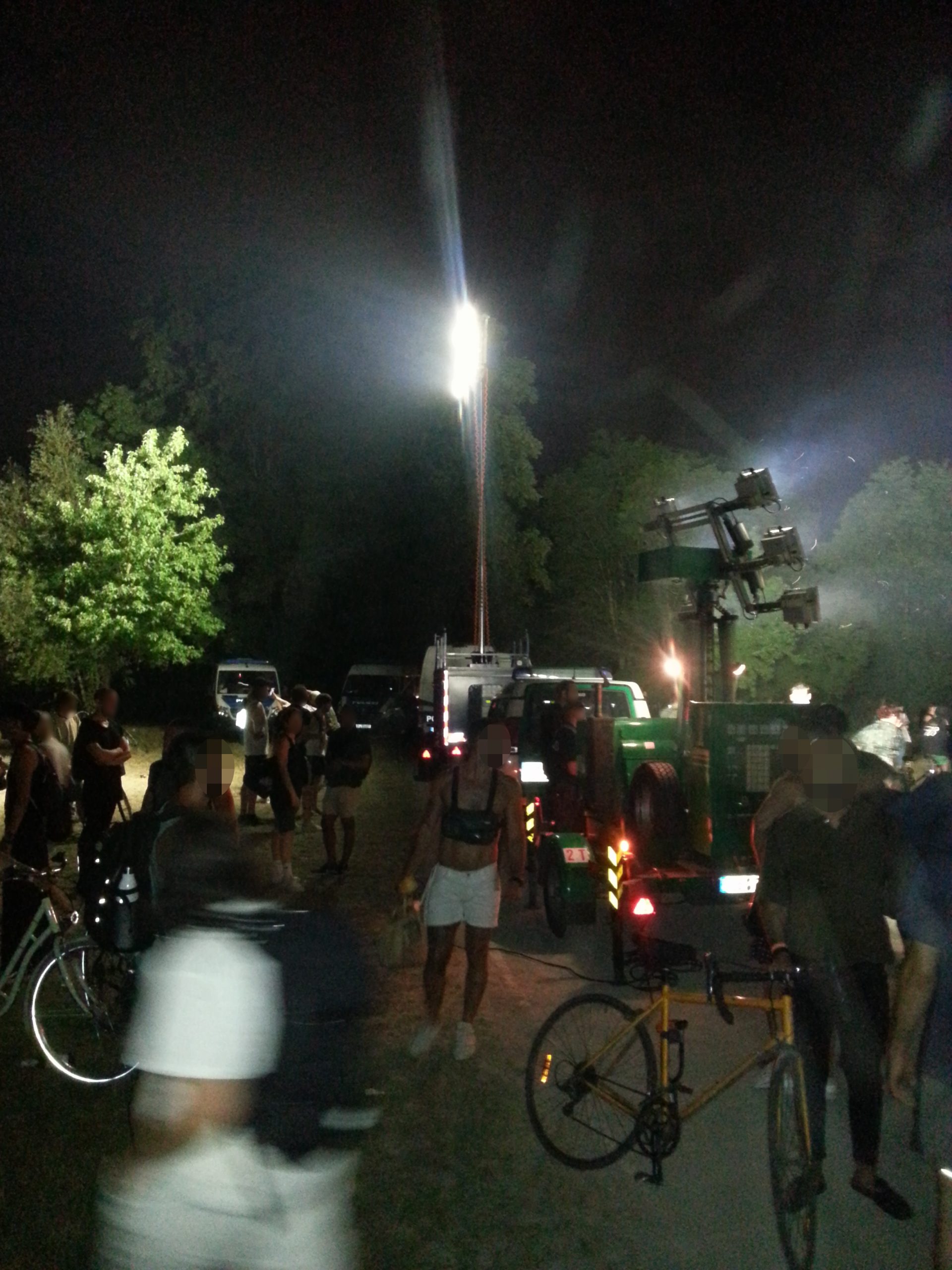 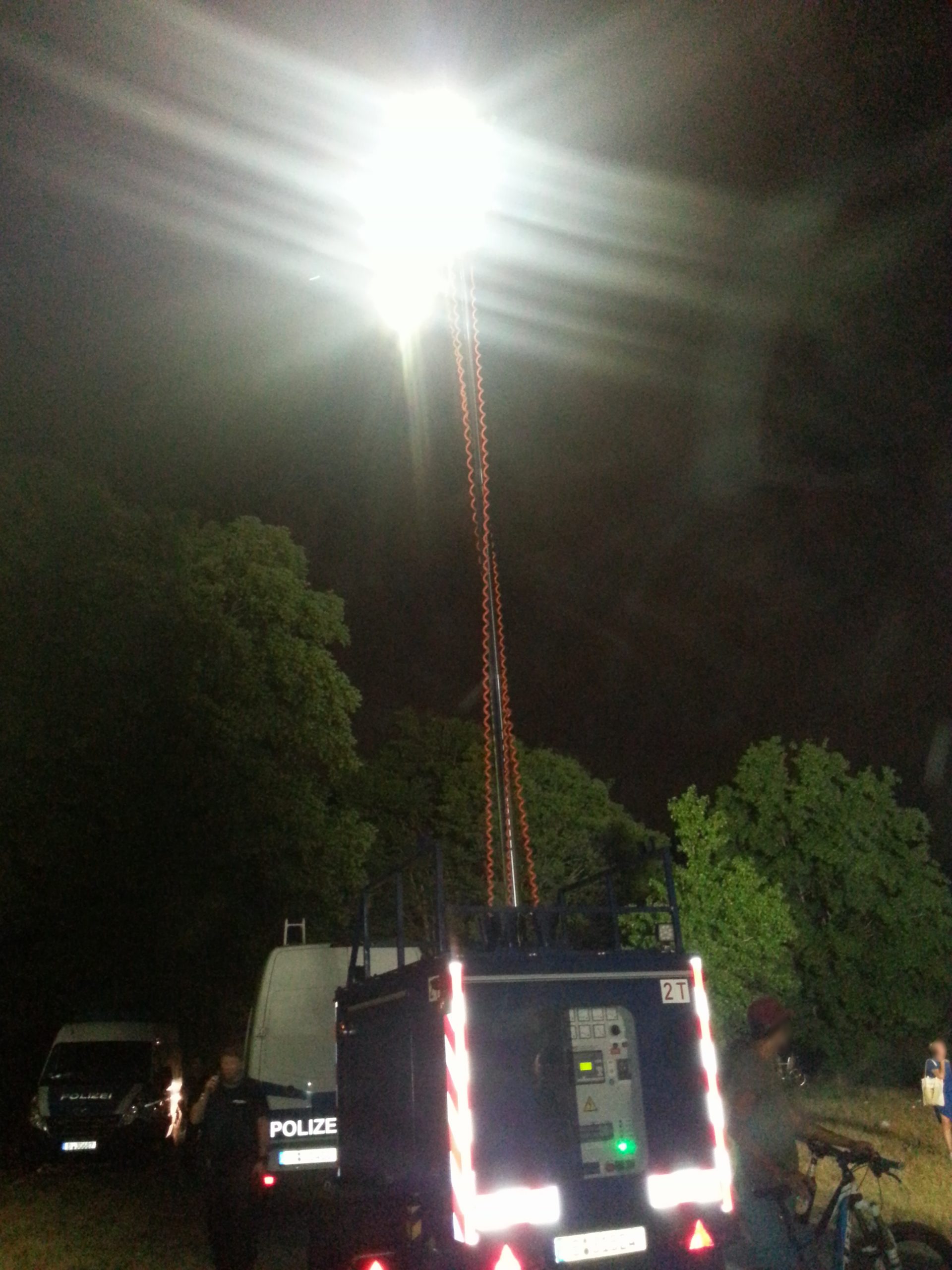 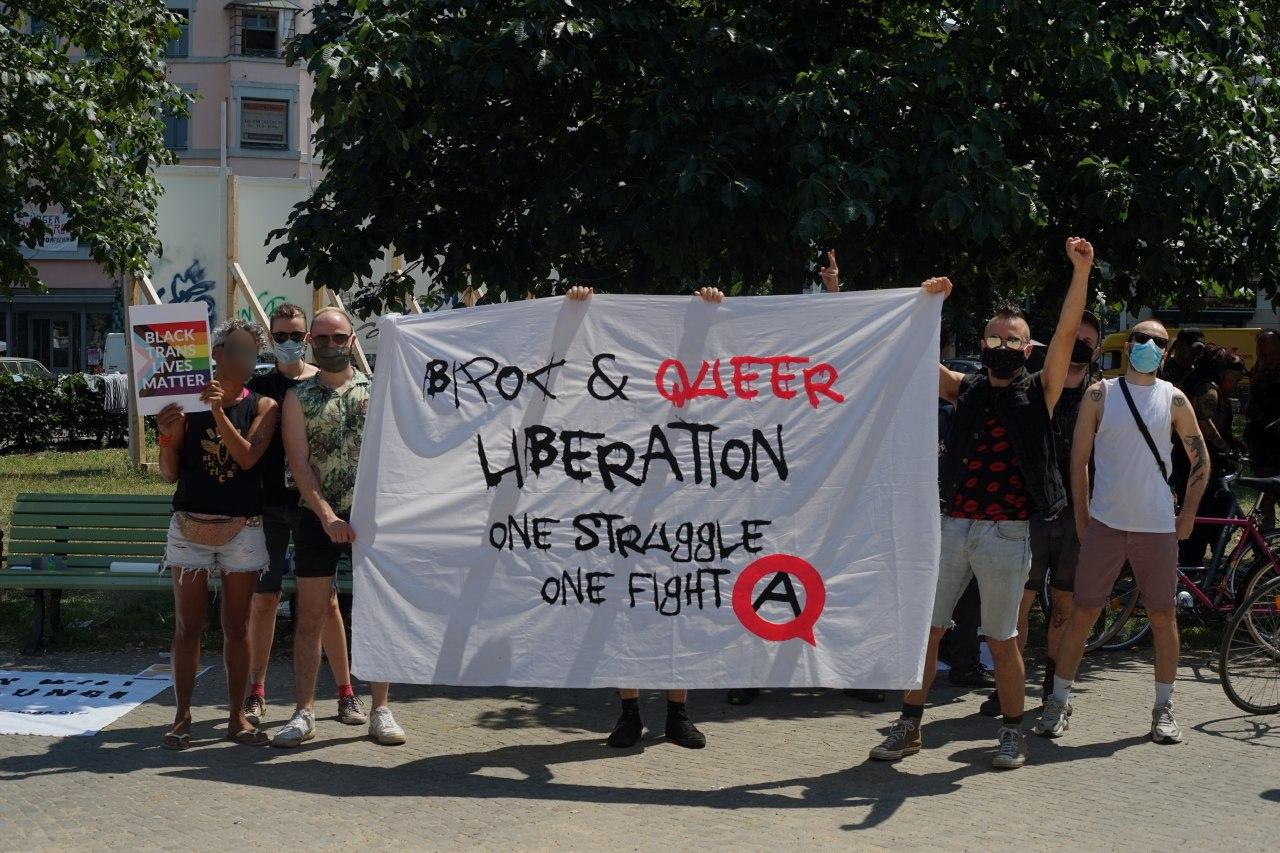 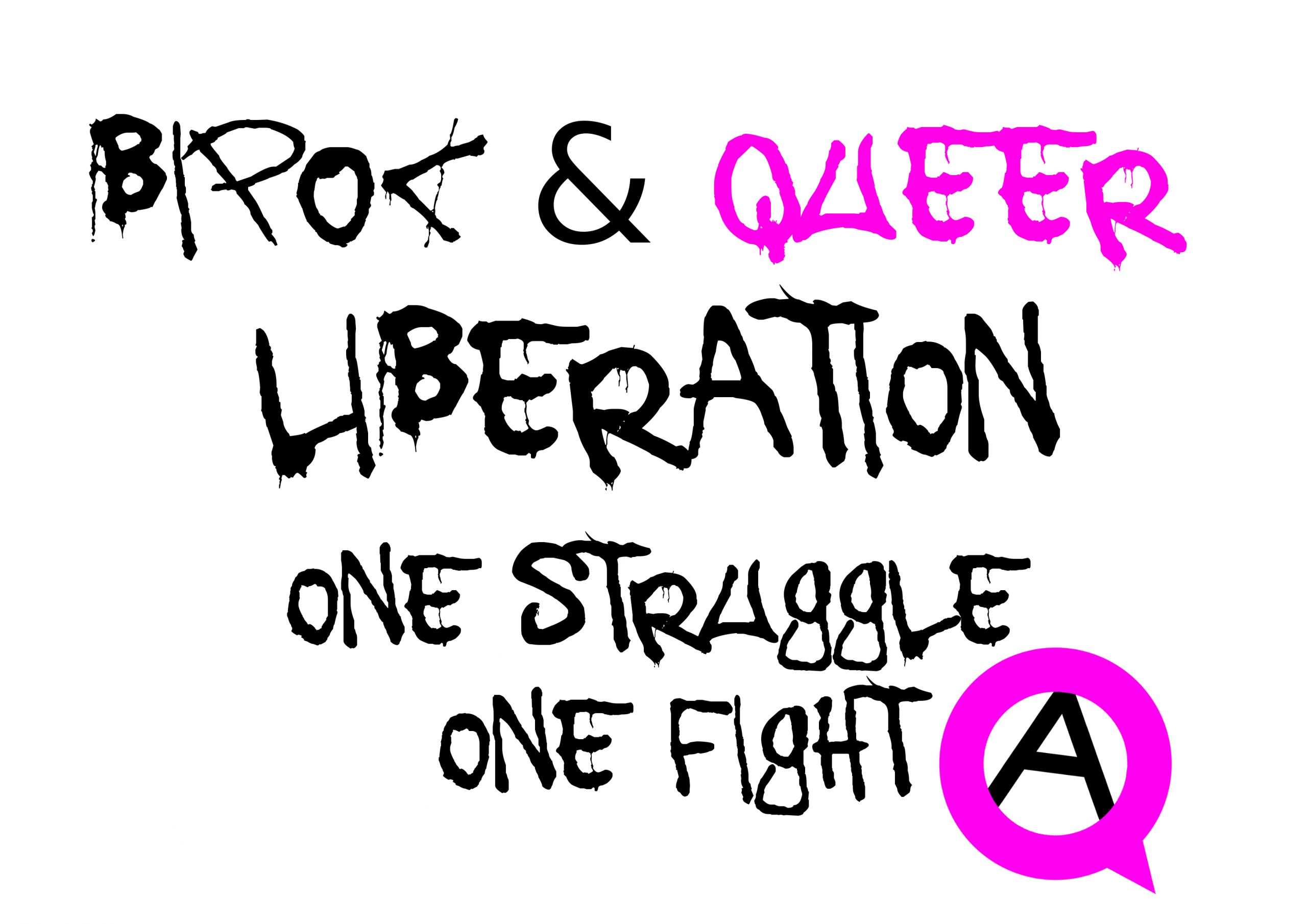 We are sorry to announce that WCQ//BLN is cancelling its planned support for the Black Lives Matter event @Siegessaüle due to reported non-cooperation of the organizers with queer BPoC groups and non-coordination with the official BLM Berlin network. 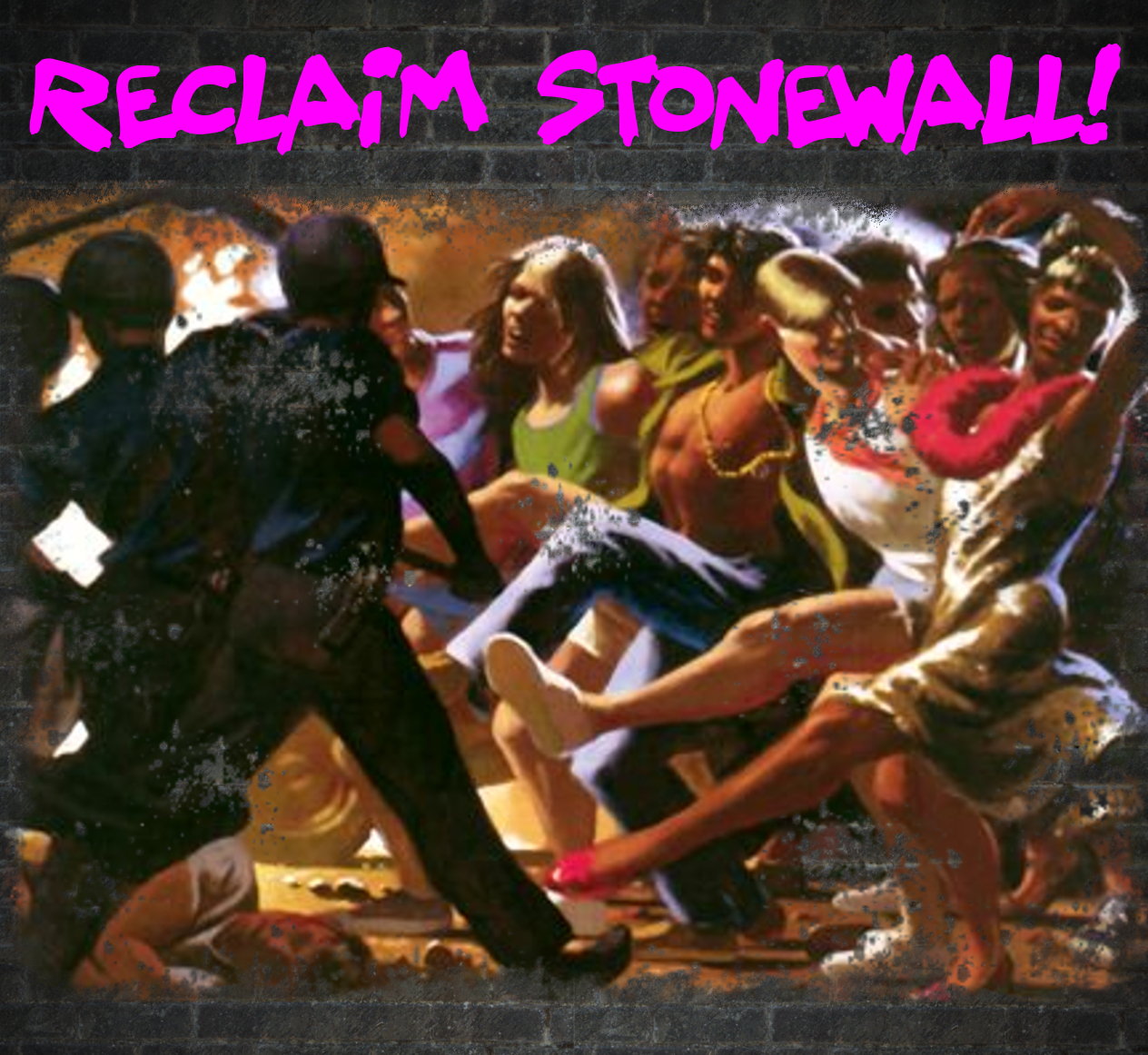 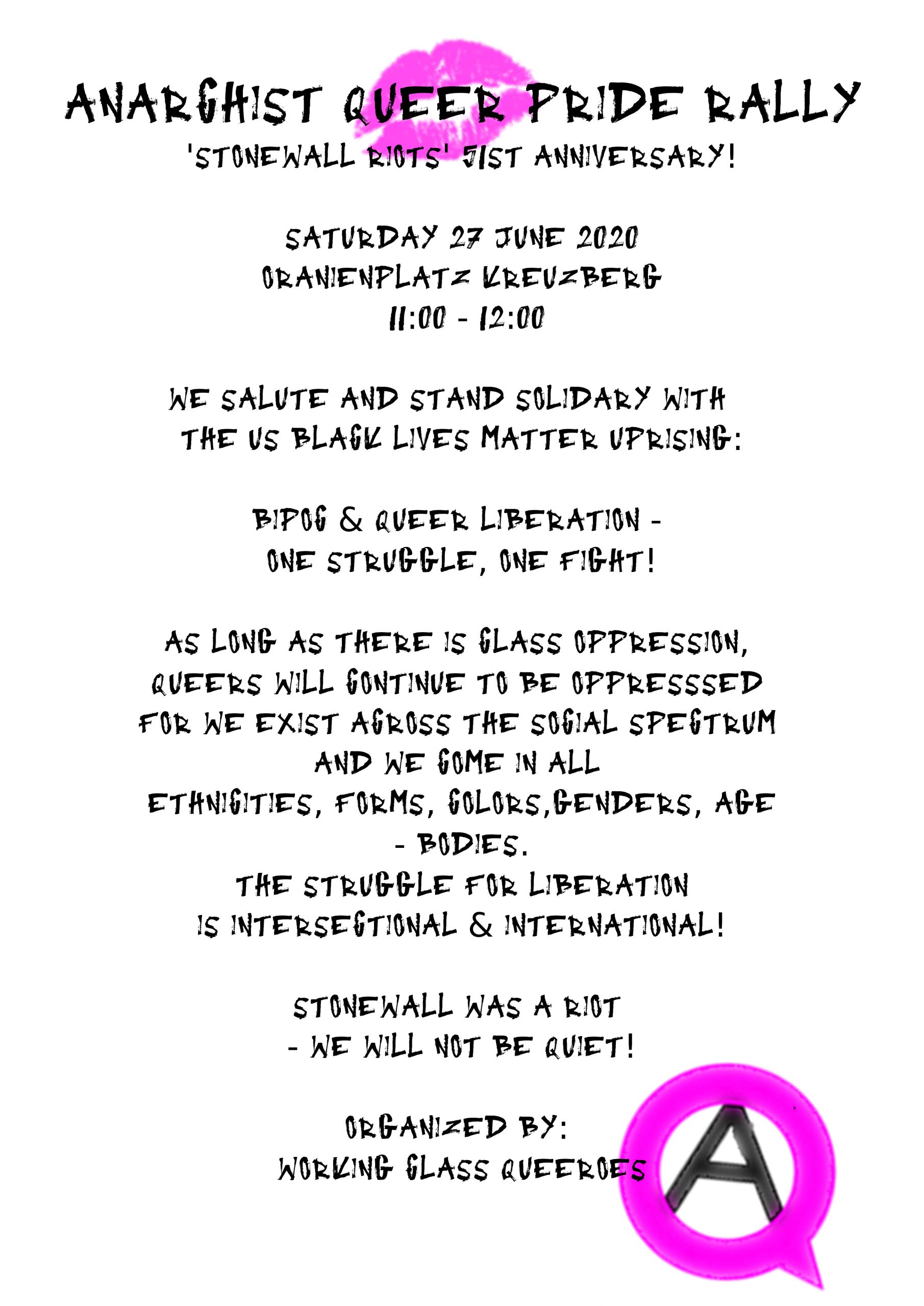 The Stonewall Riots were a turning point in history. It was the first time where transgendered people, gays, bis and lesbians collectively and militantly fought back against the brutality of the police – the long arm of the law; a law that criminalized their existence.
The riots stretched over six nights from 27 June to 2 July 1969 in NYC, USA. The people that got involved in the street fights against the police were a mixed crowd. There were anarchists, left-libs, homo-hools and what not. Who knows? But for sure one thing united them:
They had all reached boiling point. The bootheel of oppression can only grind so far, before canned heat pops the jar.

So, to whom does Stonewall belong? As anarchists we say: Stonewall was a riot! The system only gave us rights, ‘cause we gave them riots!
And if anybody is going to genuinely invoke Stonewall in any way, then they must also subscribe to the means for social change applied there: militant struggle.
The Stonewall Riots were more or less a spontaneous outburst rather than planned. Nonetheless, it fueled a multitude of different political new organizations: from grassroots to parliamentarian.
Today we want to honor all the fights that allow us to stand here, openly and without fear of persecution; but at the same time we want to say: We refuse to have our sexualities and/or gender identities be appropriated to give pink legitimacy to this shit system we live in!
This is our anarchist salute to all the people who fought at Stonewall! The struggle continues – it stretches far beyond Stonewall and can never be reduced to a struggle for ‘gay rights’ within a system based on class and exploitation of any sort.
The goal is social emancipation – anarchism! – and no minority can achieve it on its own. Nevertheless, none but ourselves can represent ourselves, therefore we, as anarchist LGBT, have a distinct and necessary organizing to contribute with

Black, red, green and pink – social struggles have to link!

Stonewall was a riot – we will not be quiet! 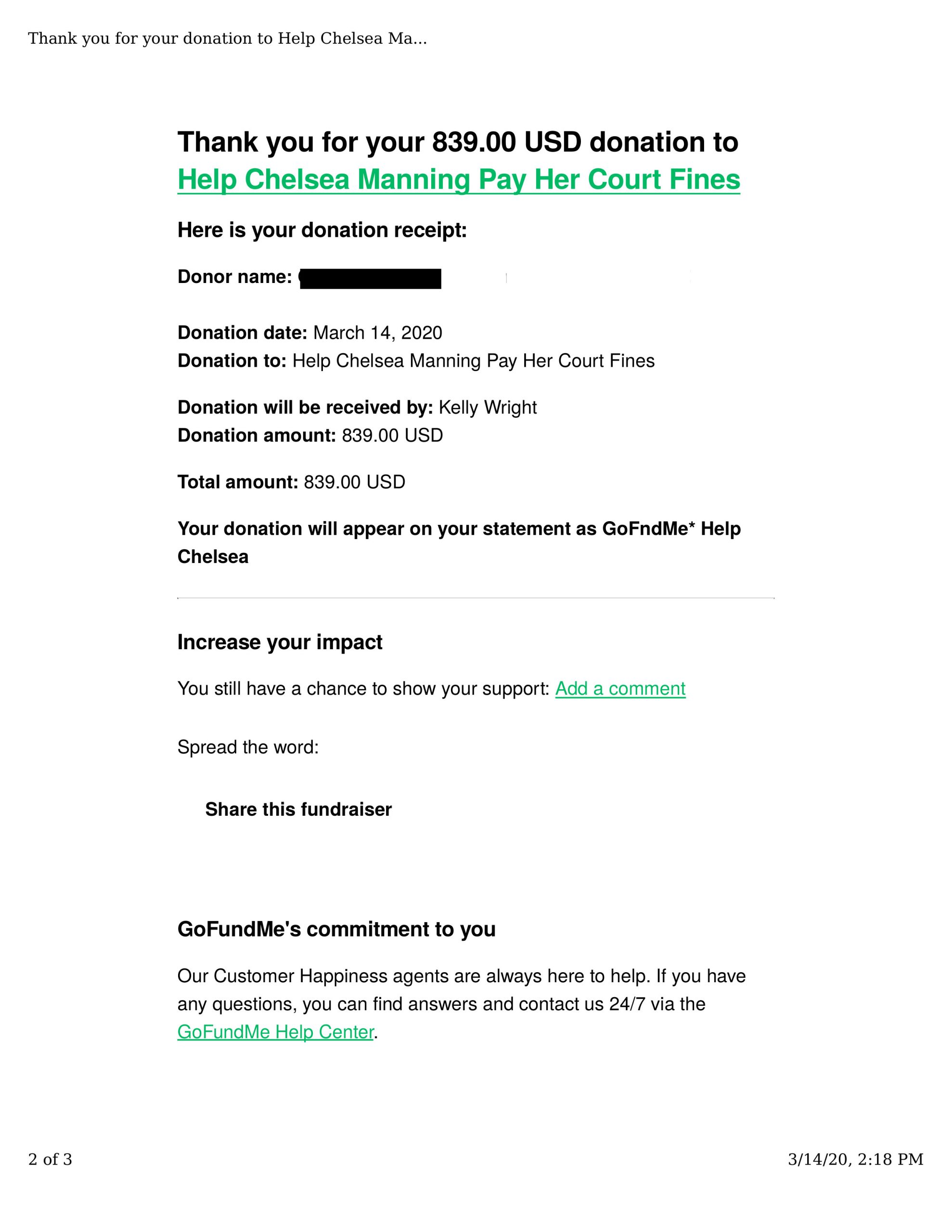 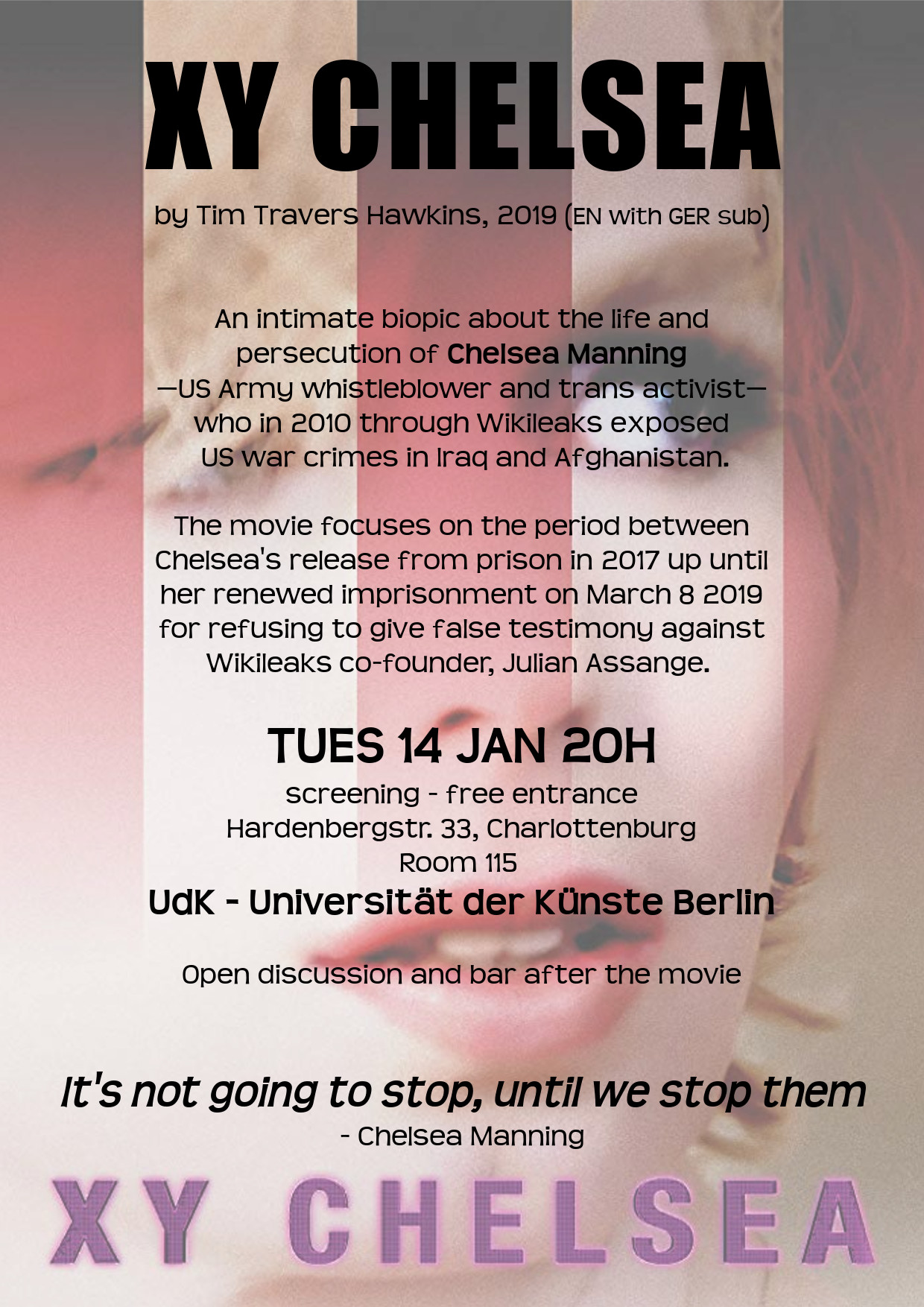 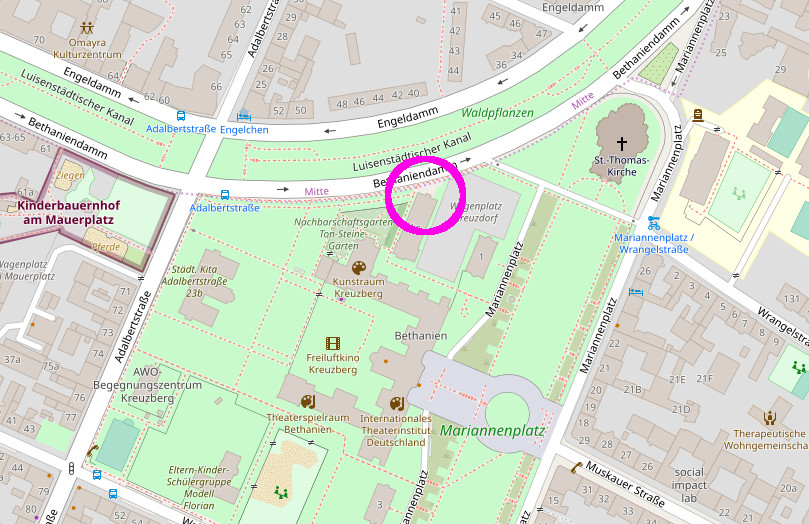